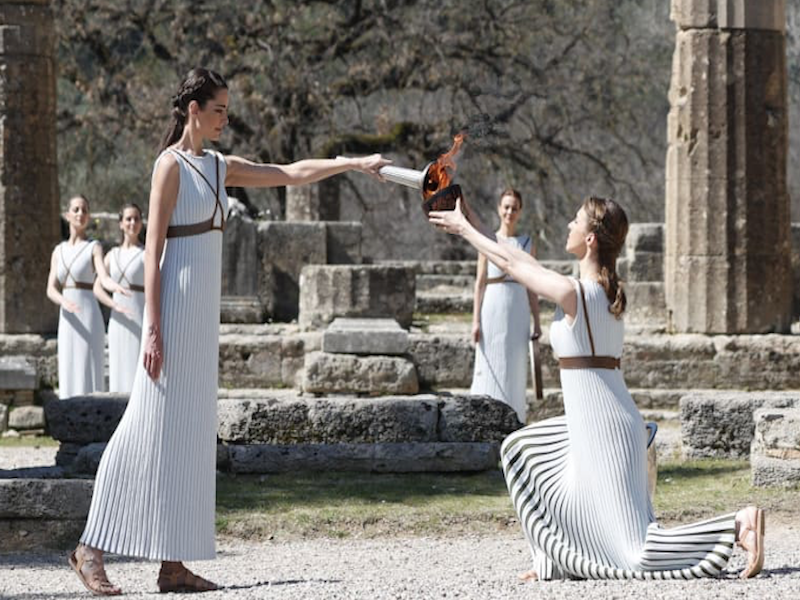 The Olympic flag was hoisted, and the national anthems of Japan and Greece sounded, as the Olympic flame handover ceremony took place at Athens’ iconic Panathenaic Stadium. The event, which began at 11:30am local time on Thursday (19 March) in windy but sunny conditions, was significantly scaled down due to the coronavirus pandemic, and didn't include the planned cultural ceremonies from Greece or Japan. But there was no lack of emotion, symbolism, or significance.
photo by Tokyo2020 photo by Tokyo2020