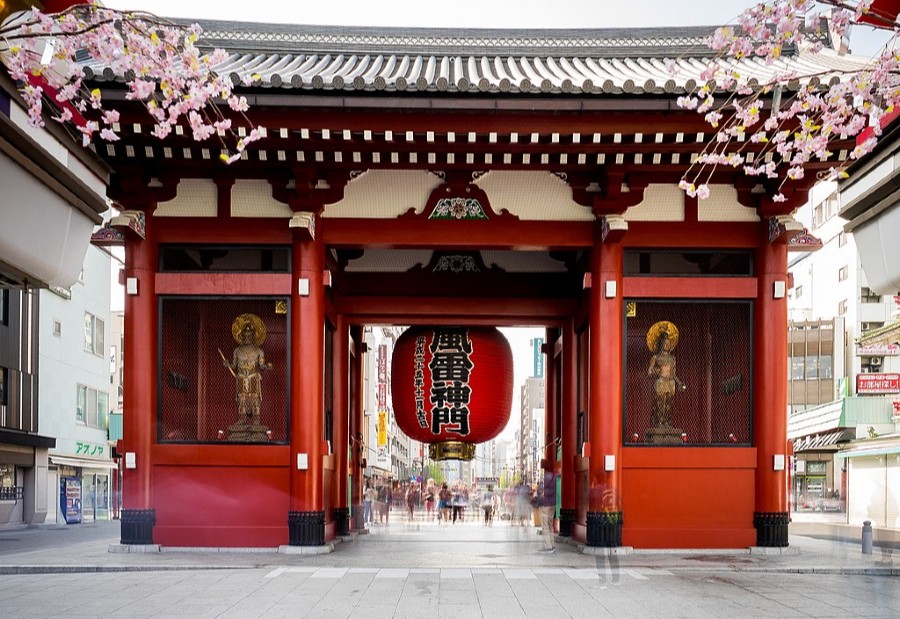 Asakusa (浅草) is a district in Taitō, Tokyo, Japan, famous for the Sensō-ji, a Buddhist temple dedicated to the bodhisattva Kannon. There are several other temples in Asakusa, as well as various festivals, such as the Sanja Matsuri. The development of Asakusa as an entertainment district during the Edo period came about in part because of the neighboring district, Kuramae. Kuramae was a district of storehouses for rice, which was then used as payment for servants of the feudal government.
photo by wikipedia photo by wikipedia