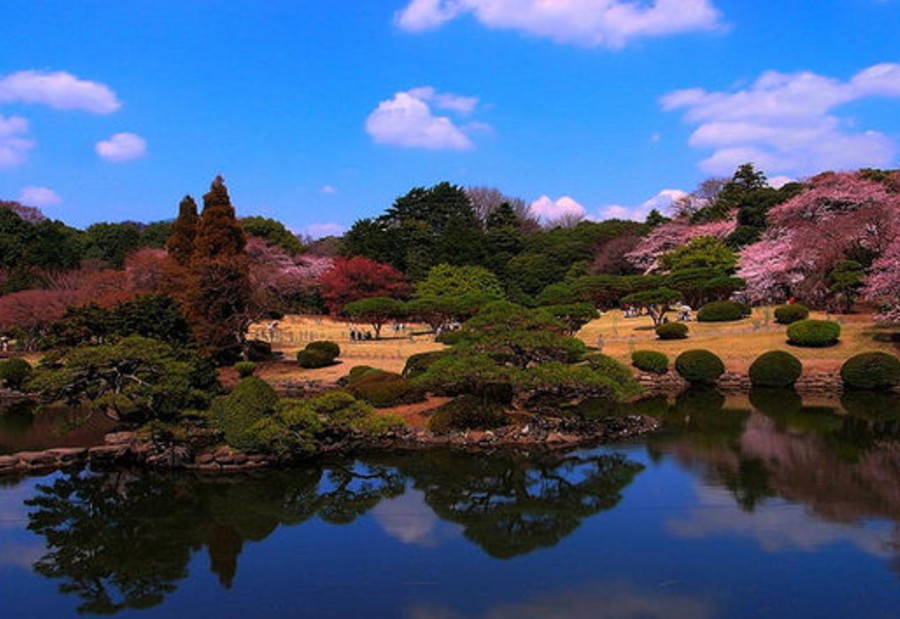 Shinjuku Gyoen's gardens are fit for an Emperor.   They were the Emperor's private park until the end of WWII when the Americans encouraged Japan's royal family to relinquish a few of their expansive properties for the public good. The gardens were designed in 1906 at the height of Emperor Meiji's power.    The Meiji-era was a time of rapid industrialization and westernization in Japan.
photo by https://www.japan-talk.com/ photo by https://www.japan-talk.com/ 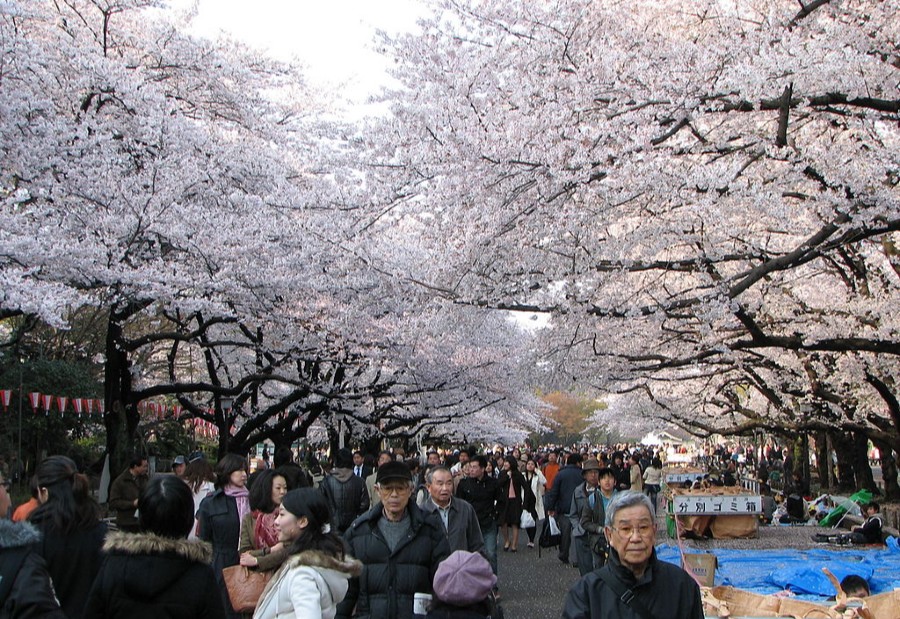 Ueno Park, in Taito ward, is home to Tokyo's most famous cherry trees, art galleries, museums, temples, a zoo, street entertainers, the odd proselytizer, and more than the odd crow. The surrounding Ueno district is a shitamachi (working & merchant class town) in Taito ward, and is served by JR Ueno station, which is a shinkansen (bullet train) stop. Ueno Park has something memorable for everyone: casual tourist, culture vulture, nature lover, fitness fanatic, or shutter bug. In spring it is full of burgeoning blossom, and in fall a leafy landscape of red and gold.
photo by https://www.japanvisitor.com/ photo by https://www.japanvisitor.com/ 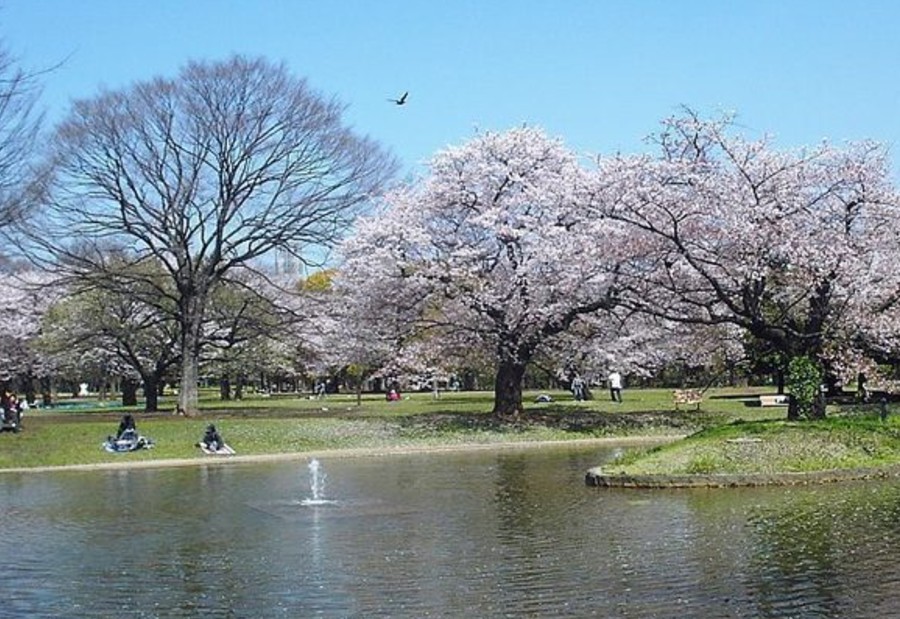 Yoyogi Park (代々木公園, Yoyogi Kōen) is one of Tokyo's largest city parks, featuring wide lawns, ponds and forested areas. It is a great place for jogging, picnicking and other outdoor activities. Although Yoyogi Park has relatively few cherry trees compared to other sites in Tokyo, it makes for a nice cherry blossom viewing spot in spring. Furthermore, it is known for its ginko tree forest, which turns intensely golden in autumn.
photo by japan-guide.com photo by japan-guide.com 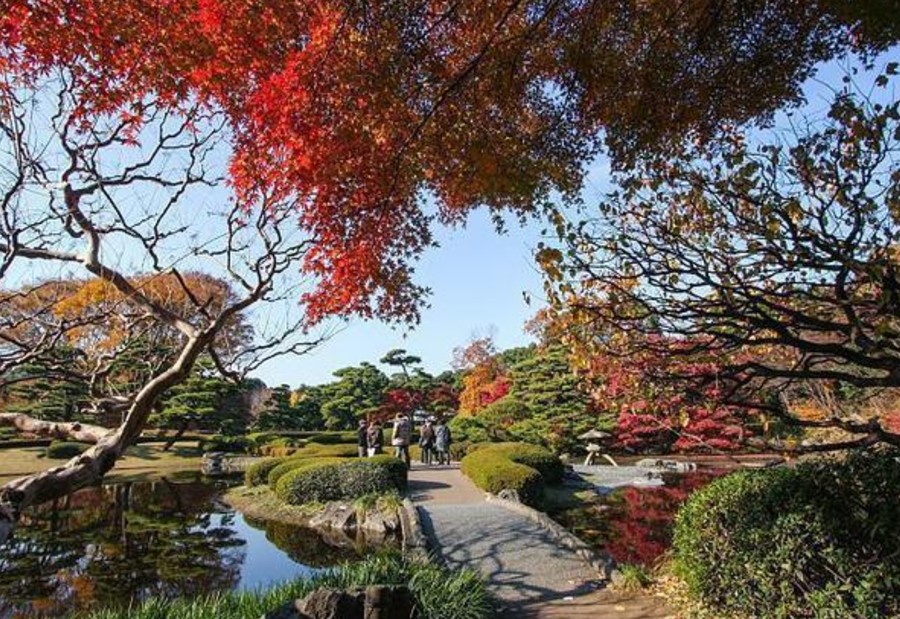 The Imperial Palace East Gardens (皇居東御苑, Kōkyo Higashi Gyoen) are a part of the inner palace area and are open to the public. They are the former site of Edo Castle's innermost circles of defense, the honmaru ("main circle") and ninomaru ("secondary circle"). None of the main buildings remain today, but the moats, walls, entrance gates and several guardhouses still exist. Edo Castle was the residence of the Tokugawa shogun who ruled Japan from 1603 to 1867. Emperor Meiji also resided there from 1868 to 1888 before moving to the newly constructed Imperial Palace.
photo by https://www.japan-guide.com/ photo by https://www.japan-guide.com/ 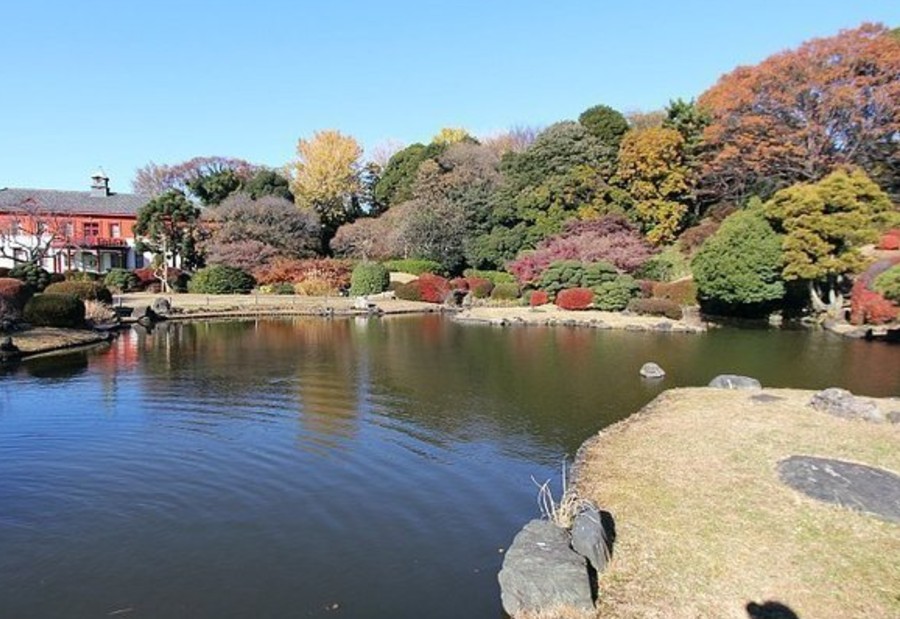 Koishikawa Botanical Garden (小石川植物園, Koishikawa Shokubutsuen) belongs to the nearby Tokyo University, Japan's most prestigious university. It exhibits and preserves a few thousand tree and plant species and includes a beautiful Japanese landscape garden. Koishikawa Botanical Garden is also one of Tokyo's most pleasant and interesting places for cherry blossom viewing, because it does not get as crowded as other hanami spots and features cherry trees of various species. However, it is not to be confused with the similarly named Koishikawa Korakuen.
photo by https://www.japan-guide.com/ photo by https://www.japan-guide.com/ 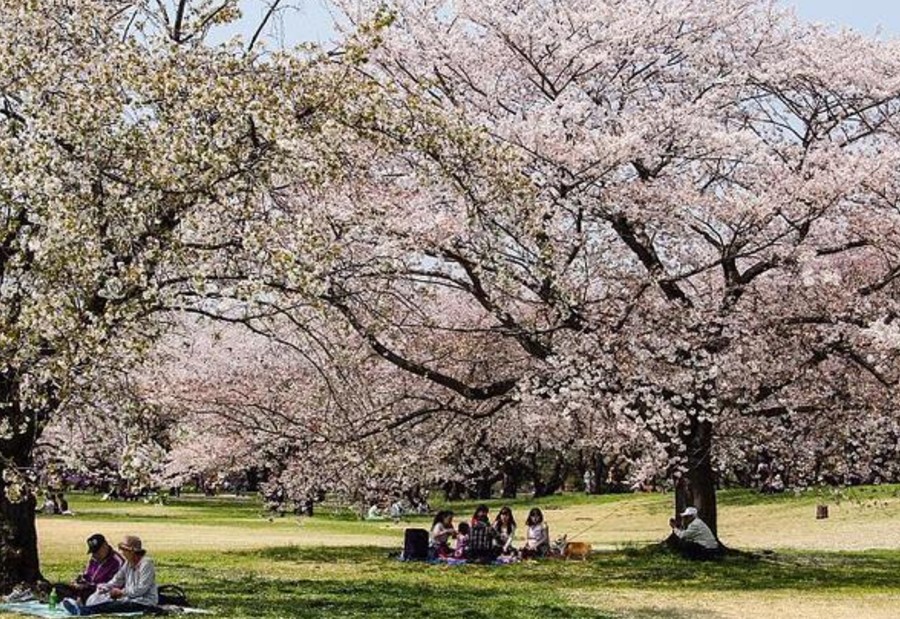 Showa Memorial Park (昭和記念公園, Shōwa Kinen Kōen) is a park in the city of Tachikawa, 30 minutes from central Tokyo by train. Spanning over 160 hectares, this huge park boasts a variety of natural spaces, seasonal flowers, water features, museums and sports facilities. The park was opened in 1983 to commemorate the 50th anniversary of Emperor Showa's reign. The park is spacious and lush and has multiple wide lawns where visitors can picnic and relax. There are also woodlands with walking trails, picturesque Japanese and Western style gardens, a large pond and various flower beds that sprawl out over some of the many fields and hills.
photo by https://www.japan-guide.com/ photo by https://www.japan-guide.com/ 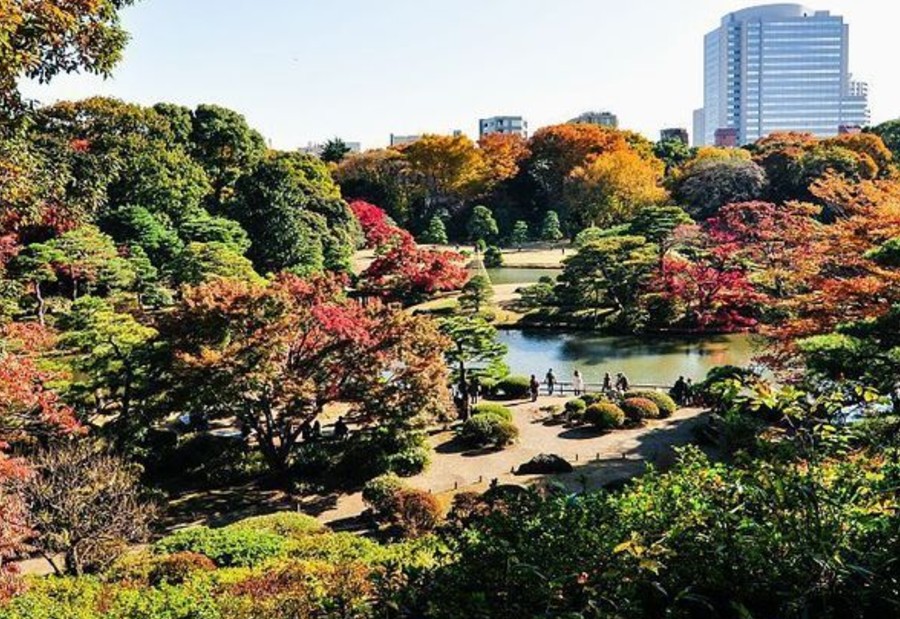 Rikugien (六義園) is often considered Tokyo's most beautiful Japanese landscape garden alongside Koishikawa Korakuen. Built around 1700 for the 5th Tokugawa Shogun, Rikugien literally means "six poems garden" and reproduces in miniature 88 scenes from famous poems. The garden is a good example of an Edo Period strolling garden and features a large central pond surrounded by manmade hills and forested areas, all connected by a network of trails.
photo by japan-guide.com photo by japan-guide.com 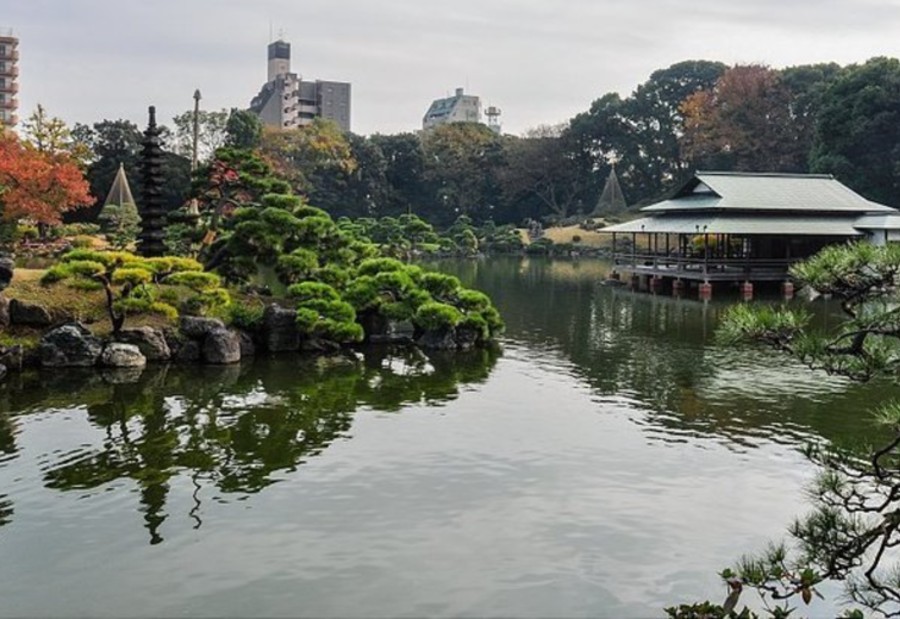 The grounds of Kiyosumi Teien (清澄庭園) were originally the residence of an Edo era merchant and eventually changed ownership to a feudal lord who turned them into a garden. During the Meiji Period, the founder of Mitsubishi bought the garden to entertain his guests. It was donated to the city of Tokyo and opened to the public in 1932.
photo by japan-guide.com photo by japan-guide.com