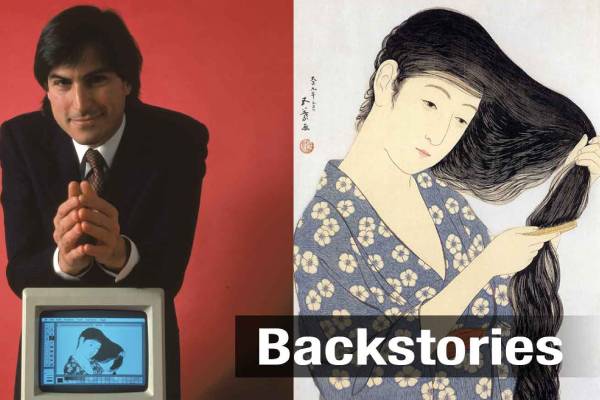 The secret passion of Steve Jobs

From Macintosh computers to iPhones, Steve Jobs was the architect of countless era-defining tech innovations. But the Apple founder was also known for his passion for Japanese culture. He often spoke about how he took inspiration from Zen Buddhism and his love of Japanese cuisine. But there was another, lesser-known side to Jobs’ interest in Japanese culture. He was an ardent fan and collector of shin-hanga, or modern woodblock prints. “A Woman on a Macintosh Screen” When Jobs unveiled the first Macintosh computer to the media in January 1984, the screen displayed an image of a woodblock print: “A Woman Combing Her Hair”, by Hashiguchi Goyo. Jobs bought two prints of the piece, in June 1983 and February 1984. It’s assumed he kept one for himself and the other for his company. The work is an example of shin-hanga, woodblock prints produced in the early 20th century. They are characterized by their use of modern colors and mark a transition from the traditional ukiyo-e prints that were popular from the early 17th to late 19th century. Shin-hanga were often used in posters and calendars to attract tourists to Japan. They were displayed at exhibitions in the US, which led to them being more popular abroad than in Japan. The peak of the shin-hanga movement was in the mid-1930s.
photo by NHK photo by NHK 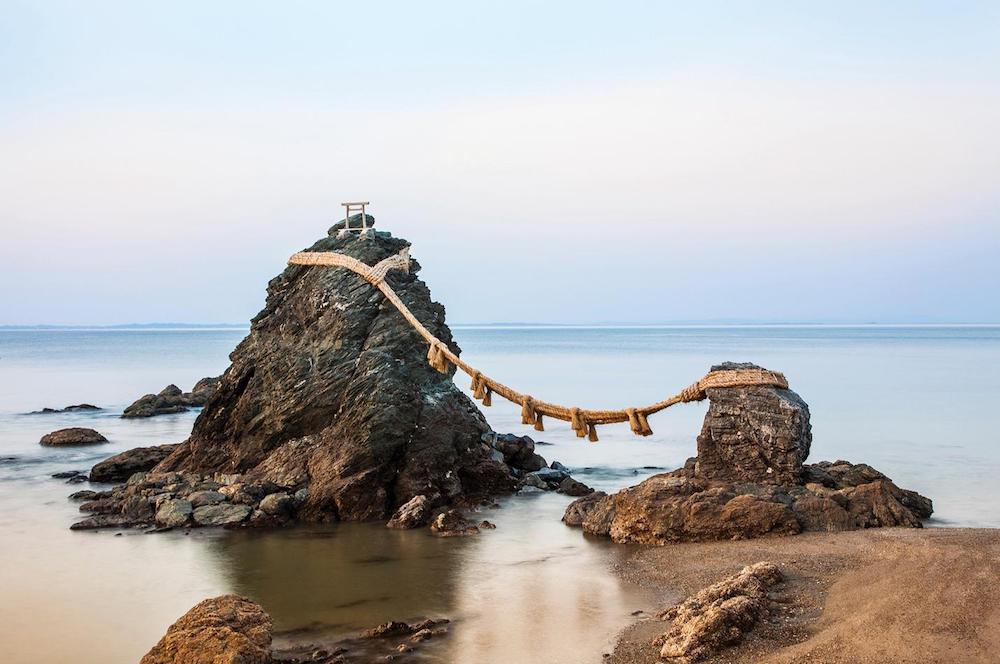 Ben is a freelance commercial photographer originally from England. He is currently based in Tokyo where he runs small photography and print studio. Ben’s photographic career started in the music industry in London in the mid-2000s, working with a variety of artists and music publications. In 2008, he relocated to the rural setting of Nagano Prefecture to learn the language and culture of Japan. Two years later he relocated once again to Tokyo, where he is now settled and working as a full-time freelance photographer specializing in travel, documentary, and editorial commissions.
photo by tokyoweekender.com photo by tokyoweekender.com 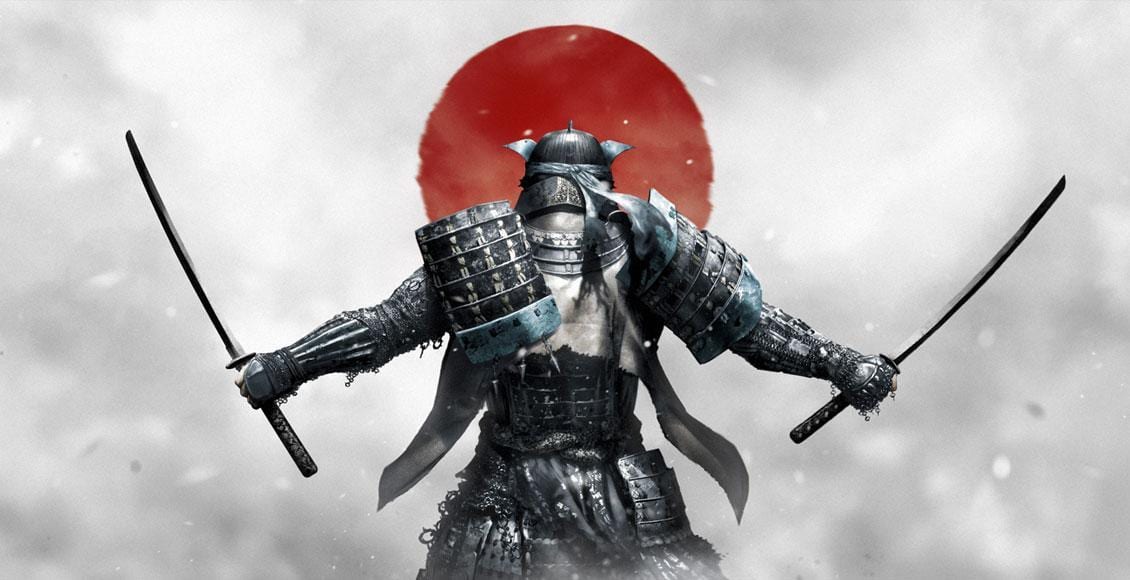 What Age of Samurai Didn’t Tell You About Oda Nobunaga

On February 24, Netflix released their new documentary show Age of Samurai: Battle for Japan to widespread “Oh heck yeah!” The series, which features reenactments of 16th-century events that ultimately led to the country’s unification, quickly grabbed viewers’ attention with their depiction of the warlord Oda Nobunaga. Seemingly ripped straight from Game of Thrones, the show portrayed Nobunaga as a brilliant but bloodthirsty warrior who killed family members, massacred temples, and executed scores of innocent people to earn his very real nickname of “Demon King.”
photo by Justnerd photo by Justnerd 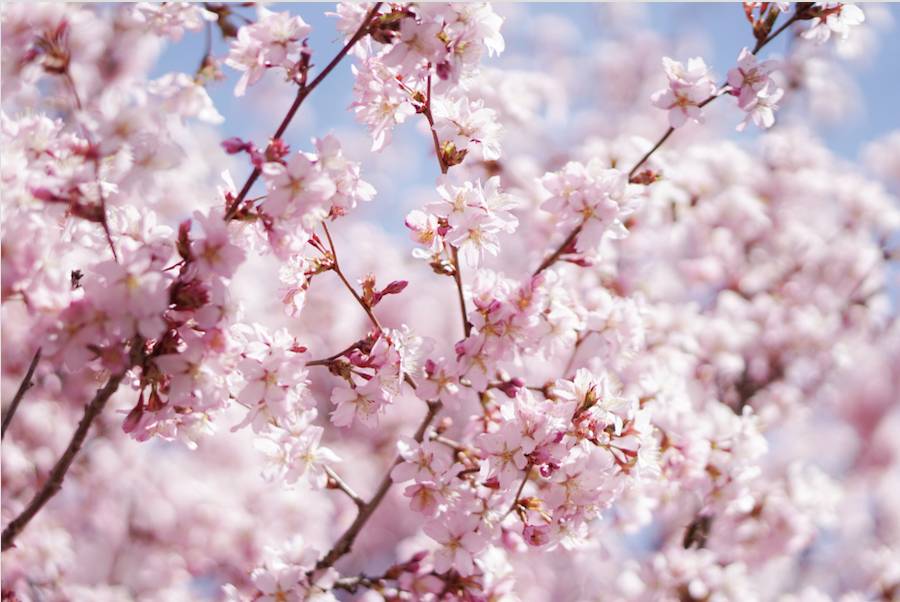 Each year locals and travelers alike await with bated breath for the much-loved hanami season. This age-old tradition, once reserved for only the elite typically, comprised of much sake and feasting as well as poetry recitals. Today, merry-making underneath the pink, blooming branches is still a practice in everyday Japanese society, albeit with far fewer poems. Part of the allure of hanami is that the full bloom only ever lasts several days, thus its fleeting and ephemeral beauty is often a reminder of life itself. Journey through Japan for some of the most beautiful cherry blossom viewing sceneries featuring the country’s most loved flower.
photo by tokyoweekender photo by tokyoweekender 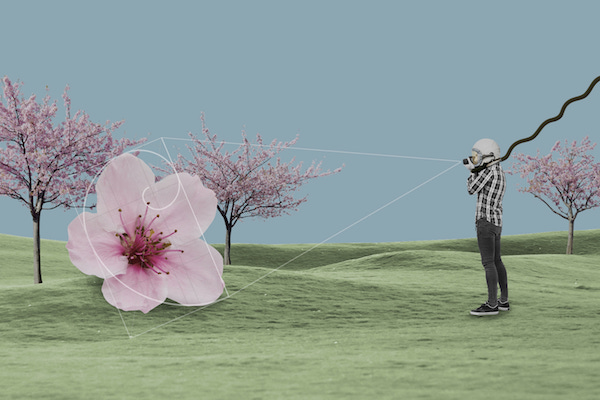 We launched our very first photo contest at the end of 2020 to encourage our readers to head outside and enjoy the seasonal fall colors – all while maintaining social distance, of course. We were positively overwhelmed and so happy to see your enthusiasm and energy. We also found that many of you have been hiding your photography talents from us!  How to participate We want to bring the photo contest back this spring, highlighting Japan’s emblematic flower: the cherry blossom. Here is how you can participate:....
photo by https://www.tokyoweekender.com/ photo by https://www.tokyoweekender.com/ 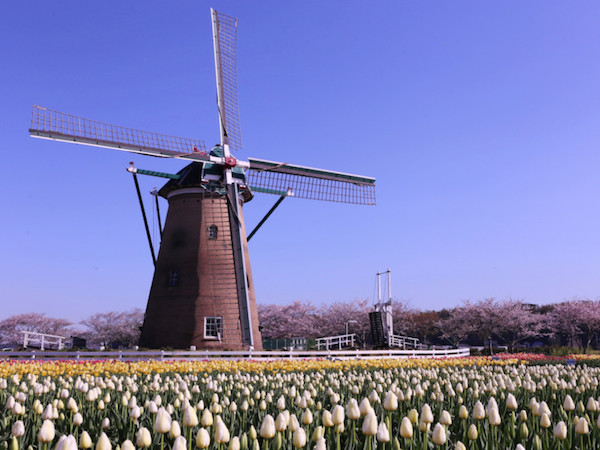 Sakura City’s Tulip Festa is back with more than 300,000 tulips

The sakura season of 2021 may be coming to a bittersweet ending, but it’s a never ending cycle of floral fun in Japan as the tulips pick up the crown and begin their reign as the flower champions of the season. Head on over to Sakura City in Chiba Prefecture for the Sakura Tulip Festa 2021, and prepare to be blown away by the event’s collection of more than 300,000 tulips in 40 different varieties. This event marks a fabulous return for the festival, after the outbreak of COVID-19 last year led to its cancellation, with officials even going as far as removing the heads of the tulips in order to deter visitors in 2020.
photo by https://japantoday.com/ photo by https://japantoday.com/ 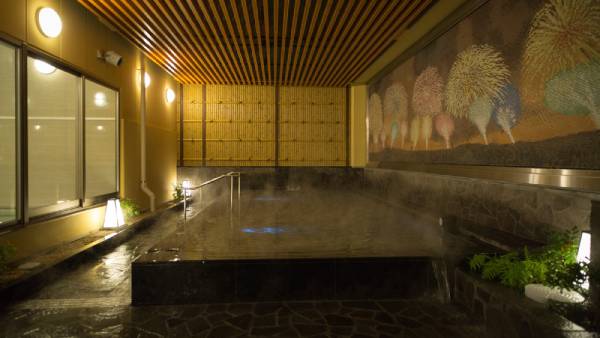 Onsen Etiquette: Things to Know Before Taking the Plunge

Taking a bath seems simple enough. Something along the lines of "run the tap, allow to fill and get in" is pretty much how most Westerners are trained to do it. In Japan, however, the tradition of bathing is an ancient one that was elevated to something of an art, a transformational and spiritual experience that, due to its communal nature, bonded communities in traditional Japanese society.
photo by savvytokyo.com photo by savvytokyo.com 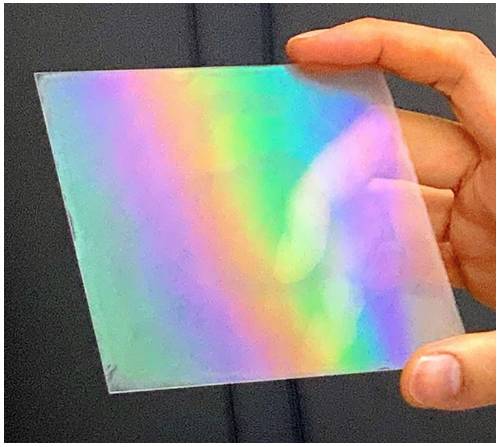 Researchers developed what they claim is the world's fastest diagnostic testing method for the novel coronavirus, a procedure that takes less than 5 minutes. A team led by Rikiya Watanabe, a chief researcher at the Riken national research institute in Wako, Saitama Prefecture, plans to quickly develop equipment for the method and start a clinical trial by the end of March 2023. Polymerase chain reaction (PCR) tests are widely used in Japan to check for infection, but it takes at least an hour before the results are known because the method involves a process that amplifies the coronavirus's ribonucleic acid (RNA), which stores genetic information of the virus. The new method does not require this step
photo by asahi.com/ photo by asahi.com/ 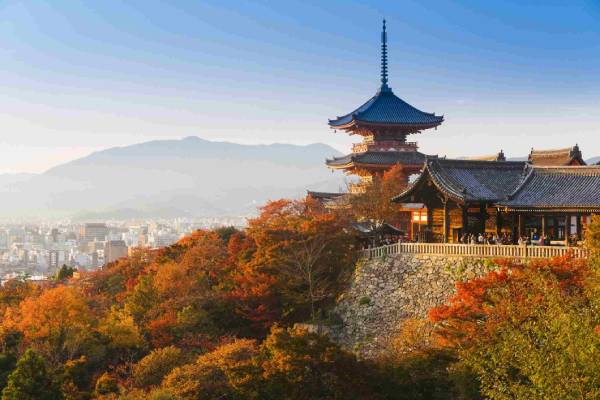 Temple in Kyoto sets up committee to open branch in space

A temple in Kyoto has set up a committee to open a branch in space in cooperation with a satellite development company by installing Buddhist objects on a satellite scheduled to be launched in 2023. The idea came after members of the temple expressed the need for prays for peace and safety to transcend regional and national boundaries, the Buddhist temple, Daigo-ji, said.
photo by Typsavy photo by Typsavy 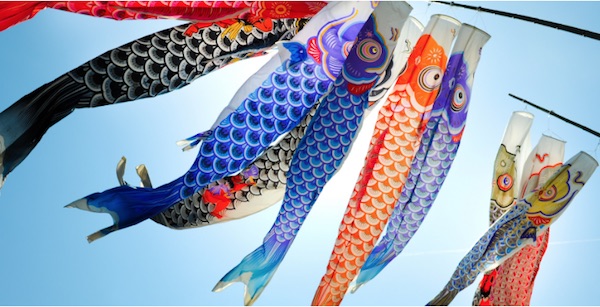 Kodomo No Hi: A Guide To Children’s Day In Japan

You might have noticed colorful fish-shaped flags hanging on balconies while going out. That means it's almost Children's Day in Japan! Things change quickly in Japan and as soon as Hinamatsuri (Girl’s Day) is over, the country starts preparing for Golden Week—and even more specifically, for Children’s Day. You may have noticed some strange fishes swimming in the sky in your neighborhood… Carp-shaped? Red, blue, black? To the untrained eye, it seems like an odd affair—colorful carp-shaped flags hoisted from balconies and ominous-looking samurai armor adorning family living rooms.
photo by savvytokyo.com photo by savvytokyo.com 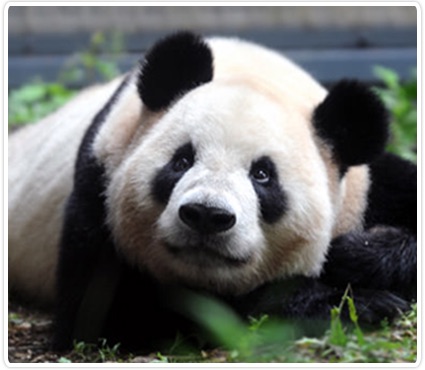 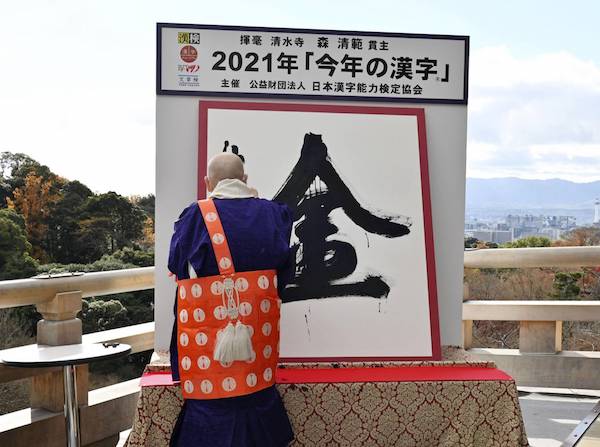 The kanji character for kin (金), which means gold or money, has been selected as the character that best summarizes the year, a Kyoto-based academic organization announced Monday. The kanji points to the gold medals of the Tokyo 2020 Olympics and Paralympics, which proceeded this July after being postponed for a year and then held without spectators due to the COVID-19 pandemic. Japan’s athletes won a record number of gold medals — 27 in all — at the Games, smashing the country’s previous record of 16 set at the 1964 Tokyo Games and again in Athens in 2004.
photo by japantimes.co.jp photo by japantimes.co.jp 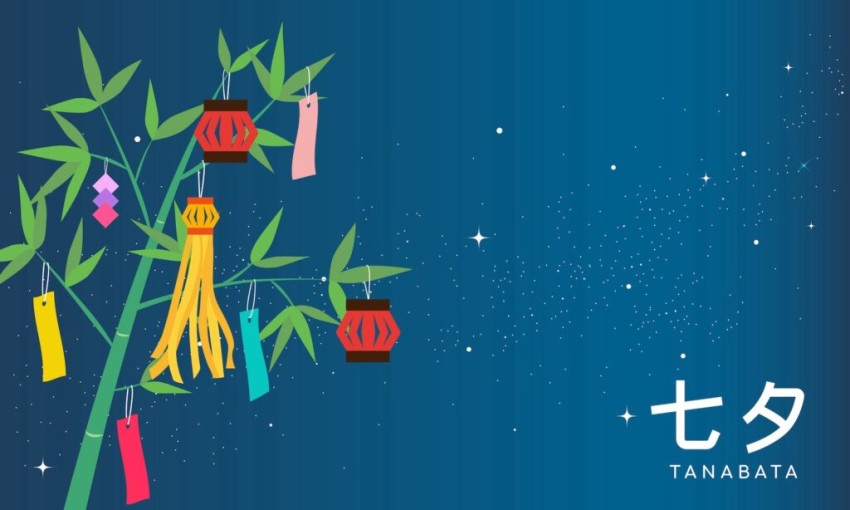 Tanabata: The Yin and Yang of Japanese holidays

On July 7, the Japanese Hoshi Matsuri (star festival) called Tanabata is celebrated. The streets of Hiratsuka in Kanagawa Prefecture will be lined with food carts visited by young women in yukata (traditional summer clothes) and the young men escorting them. Millions of Japanese people all over Japan will enjoy one of the first festivals of the summer. Children will hang tanzaku (wishes written on strips of paper) on tree branches, and adults will nostalgically recall the summer festivals of their own youths. If the sky is cloudless, those with romantic inclinations will look expectantly at the sky to see two specific stars on opposite sides of the milky way galaxy.
photo by japantoday.com photo by japantoday.com